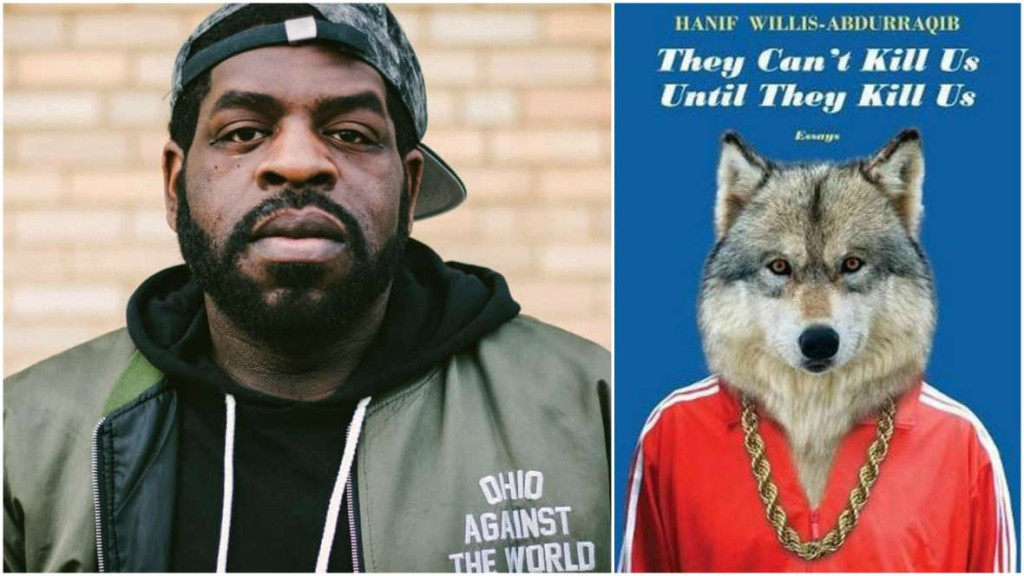 Three Minute Book Review: Paul Haney on Hanif Abdurraqib’s They Can’t Kill Us Until They Kill Us (Two Dollar Radio, 2017)

“There is no moment in America when I do not feel like I am fighting. When I do not feel like I’m pushing back against a machine that asks me to prove that I belong here. It is almost a second language, and one that I take pride in, though I wish I did not need to be so fluent in it. I know what it is to feel that urge to build a small heaven, or many small heavens. Ones that you cannot take with you, but ones that cannot be taken from you. A place where you still have a name. I believe, at one point, that Marvin Gaye looked at a country on fire, and wanted that for us all” (p. 99, “III”).

“For anyone who has ever loved someone and then stopped loving them, or for anyone who has stopped being loved by someone, [Fleetwood Mac’s Rumours] is a reminder that the immediate exit can be the hardest part. Admitting the end is one thing, but making the decision to walk into it is another, particularly when an option to remain tethered can mean cheaper rent, or a hit album, or at the very least, a small and tense place that you can go to turn your sadness into something more than sadness. It’s all so immovable, our endless need for someone to desire us enough to keep us around. To simply call Rumours a breakup album doesn’t do it justice. Most breakup albums have an end point. Some triumph, a reward or promise about how some supposed emotional resilience might pay off. Rumours is an album of continual, slow breaking” (166, “Rumours and the Currency of Heartbreak”).

Paul Haney’s work has appeared in Fourth Genre, Sweet, Essay Daily, Slate, the Boston Globe Magazine, and elsewhere. While earning his MFA from Emerson College, he served as Editor-in-Chief of Redivider. Now he lives and teaches in Boston, where’s he’s writing a Bob Dylan bibliomemoir. Follow him @paulhaney.

Previous post
What is craft and what does it do, part 3
Next post
3-Minute Book Review: David Kirby on Terrance Hayes