Recommendations from 2019 by the editorial staff of Pleiades 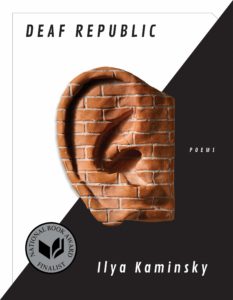 Though it has gotten much deserved recognition, the book that most stunned me, one that I kept returning to again and again this year, was Deaf Republic by Ilya Kaminsky. I remember the first time I read Ilya Kaminsky, as a graduate student—I lived inside the whirling dream of Dancing in Odessa for months, ruminating on all the possibilities of language. Kaminsky has a way of making language new—as he writes in Deaf Republic, hearing new nuances, not-hearing as a form of political protest: “Be courageous, we say, but no one / is courageous, as a sound we do not hear / lifts the birds off the water.” This past semester, my students and I were struck by the ways Deaf Republic, though set in an unnamed, imagined city presumably occupied by the Soviet Union, shouts into the chasm of our current era of truth vs. “fake,” of empathy vs. brutality, as the puppeteer characters insurrect a revolution through the peaceful protest of deafness, both literal and figurative. The quietness of the book’s immense grief, the intellect and feeling of the language, and the collectivity of the voice will stay with me forever—this book, is, in and of itself, a revolution.

Another book that broke me open this year is I’m Trying to Tell You I’m Sorry: An Intimacy Triptych, by Nina Boutsikaris. These smart, deft, deeply feeling short essays investigate sexuality, body image, gender, illness, and love, drawing from literature, art history, theory, and philosophy to heighten the lyrical “I”. As Brenda Miller writes in her blurb of the book, “I’m Trying to Tell You I’m Sorry is not so much a memoir as an experience.”

Because the world of poetry sometimes moves slowly, I want to also mention Bestiary by Donika Kelly, which I read for the first time this year. I saw Kelly read at Rockhurst University’s Midwest Poets Series, and I was struck by the ways in which she revises established mythologies and mythological creatures to make new utterances about trauma. Kelly’s poems led me into a long conversation with a poet friend about the role of fantasy in dealing with violence and trauma—not as an escape but as a realm of safety. I keep returning to lines like these, in “Love Poem: Mermaid”: “O that my voice / were a knife, / that a knife could change / anything, that there was nothing / between us but salt and breath.” I very much look forward to her forthcoming collection from Graywolf in 2021. Other books I enjoyed reading, teaching, and editing include Vantage by Taneum Bambrick, feeld by Jos Charles, The Imaginary Age by Leanna Petronella, and Fluid States by Heidi Czerwiec.

Books I look forward to in 2020 include Rue by Kathryn Nuernberger, Come the Slumberless to the Land of Nod by Traci Brimhall, and My Second Work by Bridget Lowe. 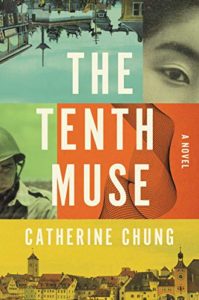 There are two books I’ll recommend from 2019. First, nothing moved me more this year than the novel The Tenth Muse, by Catherine Chung. It’s a brilliant book about a woman of color trying to figure out how to love, live, and succeed in the male-dominated field of mathematics and in spite of the imperial forces that have shaped her particular place in the world. The book takes on so much and does it all so well, including an amazing turn about halfway which I won’t spoil. The other book is Walking on the Ceiling, by Aysegül Savas, which is one of the best debut novels I’ve ever read. It’s about a woman in a complicated relationship with an older writer who writes about the woman’s home city of Istanbul as a foreigner. The plot is hard to describe in a way that does justice to the voice and sensibility, which I wanted to stay with and which offer more and more on rereads. Maybe the best recommendation for both of these books is that I read them more than once in the year they came out. 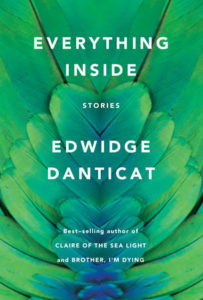 Everything Inside by Edwidge Danticat (Short Stories)

Told with astonishing elegance and piercing emotional acuity, Everything Inside shows, again, why Danticat is such a beloved author. Set in Miami, Haiti and an unnamed Caribbean country, Danticat’s cast of characters wrestle with grief, betrayal, many kinds of love and the unshakeable pull of home. In the collection, a nurse’s assistant is forced to confront her ex-husband after he blackmails her, a teacher tries to understand a father who “chose a country…over us…”, and reunited childhood friend ponder “old and new cities…of buildings and the sea…” among other stories. Lyrically graceful, well-paced, and compassionately rendered, Danticat’s newest book will linger with you long after you’ve left its spell 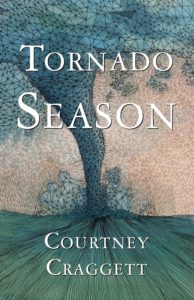 Though I edit essays, I also read and write fiction, and my favorite book of the year was Tornado Season from Courtney Craggett. Perhaps it’s because I love a good storm that this book really got inside my ears and stayed in my head since it came out. Story collections appear foggy when reviewed, but the takeaway I got from this book, other than sentence-level dynamism and punctuating verbs, are the ordinary characters struggling to do better than their natural abilities. I identify with that. There’s also a magical quality to the prose, a tone I’m keen on—that willingness to challenge the reader’s expectations and sometimes undo them. I’ll say this was, for the most part, a touching, often sad read. Some handshakes with cold, grounded reality: the fraught turmoil of foster care, deportation, immigration, moldinga trans-border love affair. I think the book is properly named; it feels organic and yet disruptive, unearthing readers in its path.