Some Attempts at (Re)Definition: Story Arc 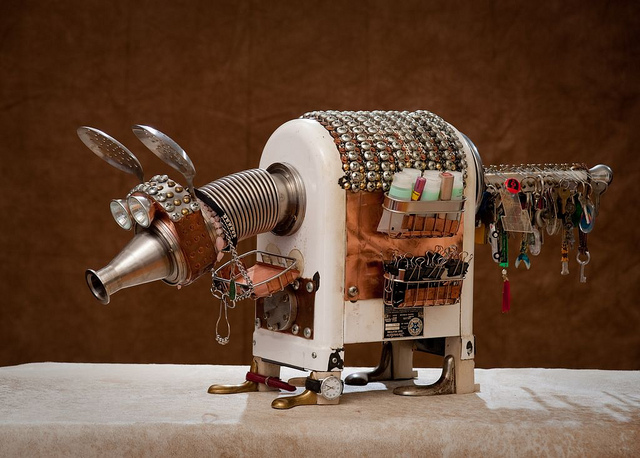 I have been thinking for a while about how our attempts to define craft terms influence our students’ (and our own) aesthetics, and I have wanted to try other definitions. The first post is here.

Character arc:
how a character changes or fails to change

Story arc:
how the world in which the character lives is changed or fails to be changed

I was taught character arc as how a character changes or fails to change, but I learned story arc as something more like plot, something like (I can’t remember it ever being directly defined): how the character’s situation has changed from the beginning to the end. For example, a character who goes from good and moral and poor to immoral and rich would have a character arc of moral to immoral, and the story arc would be rags to riches.

The story of rags-to-riches, for example, can be achieved any number of ways. And each way says something about the world. A character who goes from rags to riches by giving up morality says that the world fails to be changed: in this situation the character accepts a not-good-enough world and adapts to it by becoming a worse self. In a way this character becomes appropriate to the world.

Another common rags-to-riches story is that of marriage (the Cinderella story). In this case, a poor straight woman becomes the love object of a rich straight man (usually), and thereby gains wealth. In this story, the world also fails to be changed. The story means that women should become sexual objects to rich men if they want to become rich. This, of course, is our unfortunate world. (It should be noted that in many Cinderella stories, the character arc is fairly shallow: the love object starts off being extremely desirable—that is, beautiful, good, selfless, etc.—and the character who really changes is often the lover who goes from, say, asshole-with-a-heart-of-gold to learning how to be a good person.)

This means something. As Vonnegut has famously said, the Cinderella story makes money—people read it. There are all sorts of interesting theoretical reasons for this, and most of them boil down to: the story says that there is hope of becoming powerful in a system by accepting your powerlessness within it.

These options each mean something (and mean something depending on how they are executed, what exactly the views of the missionary and the potential converts are, etc.). Again, for simplicity’s sake, let’s just take these four positions at a basic level revolving around the view of missions: just positive or negative (though of course it’s a spectrum) and converts: just converted or not converted (though this too is spectrum and brings up the question of what “converted” means). We’re also reading teleologically (according to the ending) at some level. But:

Of course these are only possibilities, but the point is that the story arc is always read together with the character arc to create meaning. We, as readers, do this constantly, whether we realize it or not. And the writer is better off aware of the ways they create meaning, so that they can do so more consciously and conscientiously.

To close, I’ll give an example of a movie I saw recently with my daughter, a movie which doesn’t seem to take into account the implications of story arc on meaning. The movie was Curious George. In the climactic series of scenes leading to the ending, the man with the yellow hat and George race through the city, trying to get a holographic projector to the museum at which the man works, a machine he believes will save the museum by duping its patrons into believing they’ve seen a real artifact. As they drive, George activates the projector and his giant image causes massive destruction in the city. Then they get to the museum and the machine is sabotaged, so the man has to tell everyone he doesn’t have what was promised. He mopes about this and lets George get captured by animal control. Afterward, feeling bad, the man walks through the city moping, not watching where he is going and causing accidents to three separate people. His girlfriend finds him and gives him a heart to heart, which encourages him to rescue his captured monkey friend (the one he let get taken away in the first place). George is on a boat back to the jungle he was taken from, which the man illegally boards. When they get back to the jungle, they find the real artifact and become heroes.

The man in the yellow hat undergoes a character change: he learns to value his friend monkey more than physical successes, and by learning this he both rescues George and finds the real artifact. This is supposed to be a triumphant ending.

What is the meaning then of the film? Perhaps it doesn’t matter that much to some people, but it matters to me. I had brought my daughter to watch something she would enjoy, to bond a little, to have some escape from the world of our grief. And she did enjoy it, but I was left having to consider whether she was being taught a helpful lesson, and whether she even knew what the film was teaching her. On an underlying level, the film could easily be read as one of white male privilege. A white man destroys a city, lies, lets his friend be captured, steals an artifact, and ends up getting the girl and being the hero of the museum, with no negative repercussions from his earlier actions. This message is there, whether intended or not, and my daughter becomes a consumer of that message, whether she likes it or not. These things have meaning. The story is only triumphant in a world that condones and even celebrates white male privilege. Otherwise the man in the yellow hat would suffer consequences from the change he makes on the world.